When businesses purchasing commercial cookers for their usage, what's one of the most significant factors to consider?

No matter you are in a transnational firm or a privately owned start-up, if a commercial cooker is the one you need in your business, they can consume massive energy on a day-to-day basis. In the long run, aggregated consumption will be more impactful.

Therefore, LESTOV introduces specifically research on this topic with clients in the Bank of China. Here we compare two of the major selection for commercial cookers: induction wok cooker and gas stove cooker. A clear conclusion will be made after our findings. 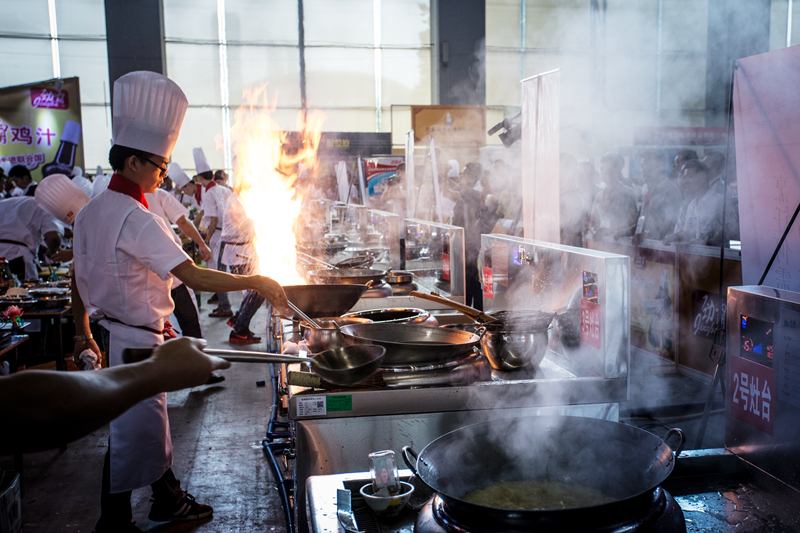 To test the energy the cookers consume, the Bank of China used both of these two types of stoves for two hours individually per day, and last for one month. In this case, we employed three units for both of these models to support the daily usage in the kitchen.

Commercial induction wok cooker uses electricity as the primary source of energy while gas stove uses liquified gas, which calculated energy usage become different. Therefore, we allocated a financial number (China Yuan RMB) to enable comparison. Furthermore, to precisely control consumption, the dishes the cook provided on both types of the stove were the same.

According to our records, each gas stoves consumed 3.2 kilograms of liquified gas every hour, while every kilogram of gas cost 6.4 RMB. Overall, the total energy consumption on the stove reached 3686.4 RMB. Furthermore, when using the gas stoves, air blower must be included for the system to work correctly, a total of 66.6 RMB was used on the air blower. Thus, the total cost was 3753 RMB when the Bank of China used a gas stove for one month.

On the other hand, three LESTOV 12KW single commercial induction wok burner with stove pot were employed in this study. The cost of electricity was 0.85 RMB/(KW/h), and air blower was not a necessity in this situation. Hence the total costs when using the commercial induction wok burner was 1836 RMB, which is 51% less than the traditional gas stove.

Additional factors that lead to differences

In addition to comparing the costs of energy consumption, we also tested other factors that would affect the overall efficiency of the cooker that alters the day-to-day performance in the kitchen.

To examine the heating rate, we used 4 litres of water and recorded the time it took for it to be boiled. For the gas stove, it took 4.42 minute on average for the water to hit 100 degrees, while the induction wok cooker spent 3.05 minutes. This comparison is clear that the induction cooker is advantageous in increasing heat much faster.

Furthermore, room temperature when using the stove was also recorded. Since temperature will significantly affect the performance of the cook, we consider it as one of the essential additional elements to yield a productive kitchen environment.

All the data was recorded in December. We found out that the room temperature was 26.6 degree Celsius when the induction cooker was in used, while the temperature can be raised to over 43 degrees.

In this case, additional ventilation is necessary to cool down the indoor room environment. The business will incur an extra cost of 50,000 RMB for this purposes, which is not cost-effective in running a smaller kitchen. 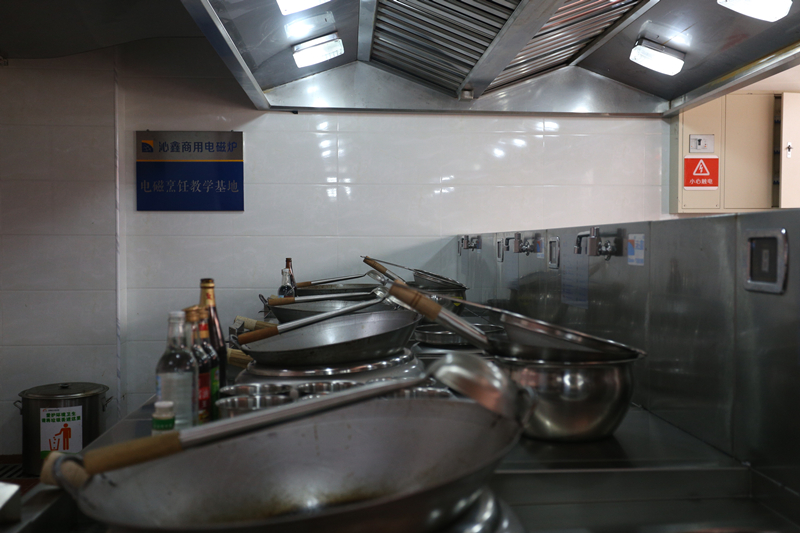 Noise influences not just the cook but also the surrounding of the kitchen if it is operated in the central streets. The limitation of our test location, as in the central business district in Dalian, was not to exceed 60 decibels during the day and 50 decibels at night.

The case showed that with a gas stove, the noise level could go way higher than limitation and reached 86 decibel. Such a difference can impact the daily running of the business when the law-enforcing department requires the company to reduce the noise. An additional expense of 18,000 RMB for sound insulation is a sub-optimal solution.

On the other side, LESTOV induction wok cooker kept the noise level around 46 decibels, which was ideal for both day and night operation in our test location. It saves the cost to rebuild the kitchen to be more soundproof.

The case study of comparing traditional gas stove to induction wok cooker shows the latter has excellent benefits in those most signification factors in a kitchen. In energy consumption, heating rate, room temperature and noise level, it all performs much better than the gas stove.

From the standpoint of being sustainable and being cost-effective for businesses' kitchen, nothing is better than an induction wok cooker.