You are here: Home » News » Industry news » Why choose an induction cooker instead of a gas stove?

Why choose an induction cooker instead of a gas stove?

The visual stimulation brought by gas cooking makes the gas stove inherently attractive. One of the disadvantages often complained by chefs is that the firepower of the desk induction cooker is not as good as that of the gas stove.

Is this the case? People who have experienced electromagnetic cooking will be surprised by the magic of induction cookers. When you switch between gears with different cooking power values at will & easily, you will not see any open flames. When you compare the cooking time of the induction cooker with that of the gas cooker by a simple boiling water experiment, you probably won't insist on using gas cooking equipment.

As an optional function item, the desktop induction cooker can add a timer and thermostat control system. Among, the timer is using for setting and reminding the cooking time. The temperature control system allows the setting of the temperature value and has the function of overtemperature protection.

High requirements for the use environment

The induction cooker generates an alternating magnetic field through current and coil, thus directly releasing heat energy to the bottom of the cooktop. Based on the working principle of the induction cooker, an induction cooker can't work in case of power failure. Many people will retreat after learning about this situation and choose a gas stove suitable for any situation.

If you are using a gas stove, the danger of gas leakage and the encirclement of oil smoke will not be safer than the failure to cook due to power failure. Therefore, both gas stoves and induction cookers will have different use environments, which will cause inconvenience to you.

If you pay attention to the manufacturers of induction cookers and buy them from the Chinese market, you don't have to worry about the adaptability of cooking utensils at all. All electromagnetic cooking equipment has finished the magnetic adaptability test of cookware before leaving the factory.

It is worth mentioning that the manufacturer will match the corresponding cookware for the induction cooker you purchased free of charge. Consult your supplier for more details.

The price of an induction cooker ranges from several hundred to several thousand. Compared with gas stoves with several hundred price ranges, an induction cooker is not the first choice for families. The difference in purchase cost in the early stage may make you favor the gas stove, while the damage of components and accessories of the gas stove and the constant replacement of the fuselage in the later stage will make you want to replace it.

Dishes cooked with open flames have a burning incense in taste. If you prefer the incense taste, you can buy a gas stove as your household kitchenware. If you often use a gas stove to cooking food, you will find that it is not easy to control firepower, and it is not uncommon to have burnt and thick smoke.

The induction cooker cooks food with continuous high-temperature fire, just right in taste, appearance, and taste. Although there is no smoky scorching smell, if you choose to taste burnt dishes after enduring heavy smoke, will you find the induction cooker tastes good & the gas stove tastes good?

It is a troublesome thing to re-plan the home circuit. The induction cooker requires power and voltage. For restaurants, hotels, and other environments that need high-power electrical appliances, you need to configure the corresponding current, switch, and socket.

"The early failure rate of induction cooker is higher than that of gas, complicated sensors, computer controllers, and mechanical equipment. Any handy person can repair the gas stove, but most professional maintenance personnel will not handle the induction cooker failure. " Chef Waldon said so.

That is right，To ensure the high precision、 high-efficiency 、and safety of the induction cooker. It is inevitable to need complex control components, which is an unknown field for most people. If you buy a Lestov induction cooker, the after-sales team ready to serve you will not have to worry about this problem.

Affect the use of medical equipment

If you are wearing electromagnetic instruments such as pacemakers or implantable defibrillators, you must be 6 feet away from the induction cooker. Induction cookers will affect the use of the devices, so it is recommend that you choose induction cooker products as kitchen utensils and equipment, which is an inevitable factor.

To sum up, compared with gas stoves, induction cookers play a meaningful role in heat efficiency, green safety, and low energy consumption. If you want to buy induction cookers for your family as soon as possible, Lestov will give you some purchase suggestions. 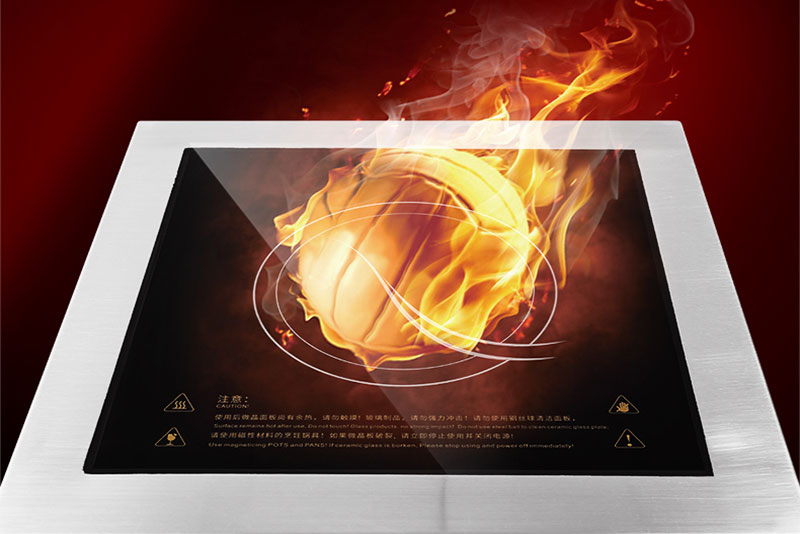 1. The heating of the induction cooker depends on the interaction between current and coil. The larger the induced current, the higher the heat generated and the shorter the cooking time. Therefore, when you buy an induction cooker, you can choose a coil with multiple turns and a larger copper wire diameter.

2. The induction cooker can only work well with magnetic conductivity cookers, such as iron pan, cast iron pan, and ferrous, stainless steel.

4. You need to avoid the misunderstanding that the more expensive the induction cooker is, the better the quality is. Choosing the appropriate induction cooker according to the demand is the most important thing.