You are here: Home » News » Industry news » Why do commercial induction cookers benefit the chef?

Why do commercial induction cookers benefit the chef?

According to the analysis of experts who have been engaged in occupational disease research in hospitals for many years, chefs rank second, behind firefighters, among the high-risk groups of occupational diseases. So what are the main factors that are harmful to the chef's health?

Factor 1: lampblacks from the open-fire

According to relevant experts' monitoring of the percentage of carbon monoxide in the air of some colleges and large commercial kitchens such as large restaurants and hotel kitchens, the carbon monoxide in most kitchens exceeds the standard. By analyzing cooking smoke particles, 196 kinds of pollutants were detected, most of which were harmful to humans. Oil fume invades the human respiratory tract with the air, which in turn causes disease, which is medically called oil fume syndrome. People with this syndrome often experience symptoms such as loss of appetite, upset, lack of energy, lethargy, and fatigue. Although eating less, weight is growing unconsciously, which is one of the reasons why many chefs are fat.

The kitchen is relatively closed, and the heat from the open fire diffused in the air, which is difficult to dissipate. Especially in the summer, the chef working in the front of the fire every day, just like working in a "steamer". Heating will cause the heart rating to increase, blood pressure increases, and a lot of sweats cause a decrease in renal blood flow, which in turn impairs renal function.

Kitchens with gas stoves have much noise caused by blowers (providing air for the gas stoves), high-power fans, and motors which is annoying, and it will affect the hearing if always working in a kitchen like this.

In general, when traditional coal, petroleum gas, and coal gas burn, heat dissipated due to the bonding with oxygen in the air, so that the room temperature continues to rise, and harmful substances such as carbon monoxide and carbon dioxide are released.

Firstly, there is no open flame for commercial induction cookers, so that the chef no longer inhales harmful exhaust gases such as carbon monoxide and carbon dioxide caused by the combustion. 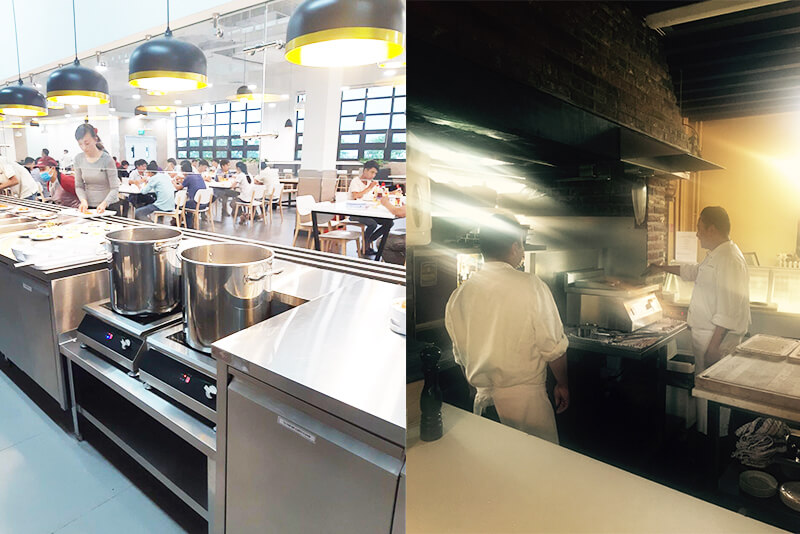 Secondly, the commercial induction cooker adopts electromagnetic induction technology. The cookware generates heat under the action of electromagnetic induction and then heats food. The heat energy utilization rate is as high as 90%. The stove surface is cool all the time, and it reduces the heat energy emitted into the air and keeping the kitchen cool. At the same time, it keeps the chef away from high-temperature operations as there is no open flame.

Thirdly, according to national regulations, the noise standard in commercial areas is 60 decibels during the day and 50 decibels at night, while the noise of commercial induction cookers is only about 46 decibels, which protects the chef's hearing health well. Due to higher efficiency and the inherent advantage of no open flame, this can reduce kitchen noise caused by stove explosion, hood, and equipment motor.

Moreover, the commercial induction cooker has a smart menu preset, temperature control, and timing functions. No matter for simmer, fast cooking, wok cooking, frying, or steaming, it can control the time and temperature precisely. It not only improves the working environment of the chef but also makes the chef's work easier and more convenient. Chefs no longer need to stand by the hot stove. You only need to press a button to preset the menu, the device will automatically run, and automatically shut down when the time is up. You don't need to worry about burning food. During this period, the chef can walk away freely. Also, there is no need to concern about security at all. Commercial induction cooker comes with over temperature, over / low pressure, over current protection, and it will automatically shut down if no operation within three hours. 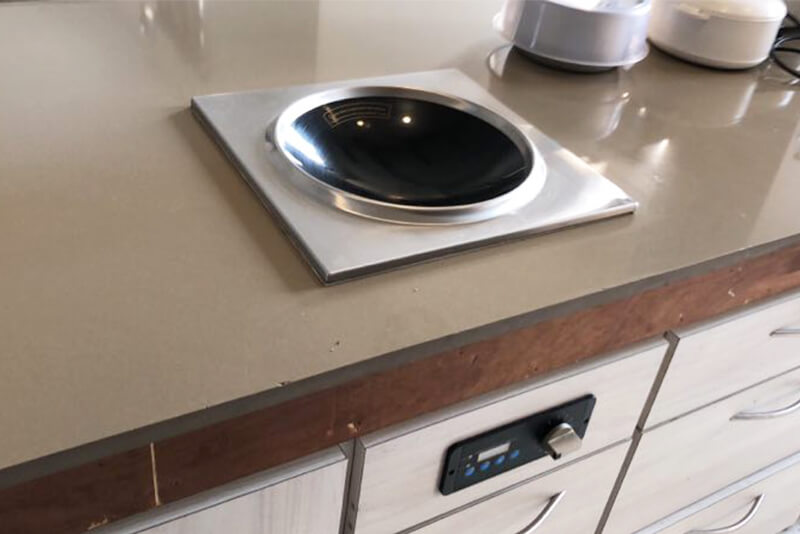 In short, the environment is more comfortable, the work is more convenient, the chef's mood is naturally better, and the dishes are more delicious! Therefore, commercial induction cooker is not only the gospel of the chef but also the mainstream of the commercial kitchen in the future.